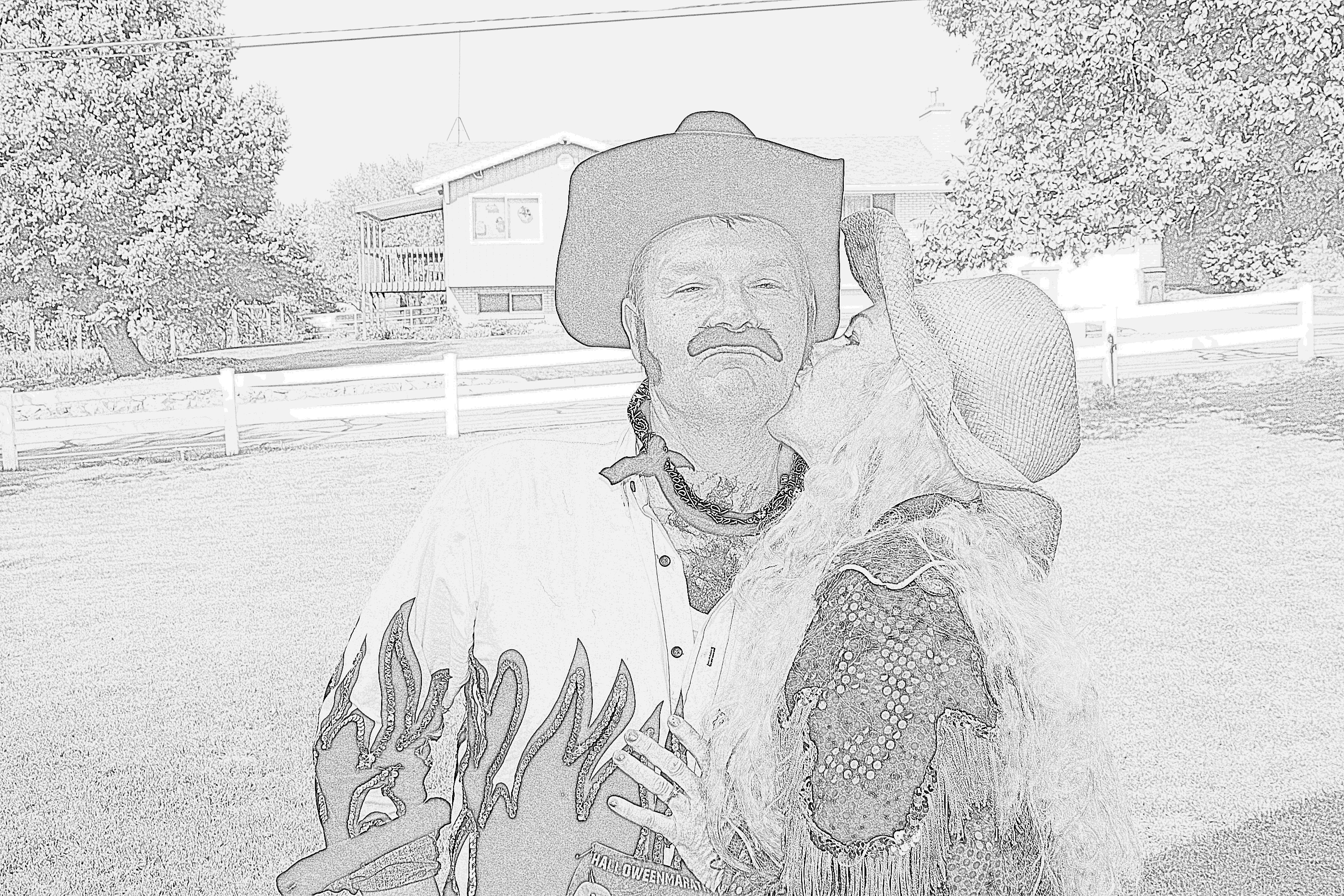 A goof off picture of Ron and I.

The guy down there was a jerk, no one would miss him. Images of the tour groups accusing faces assaulted him. Would they believe this was an accident? Groping around, he found his handkerchief and mopped his face.

Rand leaned over the guardrail again in an attempt to spot Clifford. There was still no sign of him. “Hey, you ok down there?” he croaked.  Clifford was probably fine. Brooke would be grateful he found her license. His skin pricked at the possibility of Clifford being hurt, but his hesitation was short lived. He would let Clifford find his own way back to the group.  He turned, loping up the trail through more mud, black, and oozing under his feet. A limb smacked him in the face as he hurried along, leaving a red welt under his right eye. Adrenaline pumped him on.

Turmoil roiled within Rand, thoughts swam around in his head as he tried to decide if the guilt inside was worth the affections of anyone? He hadn’t meant to hurt the jerk. Maybe he was fine down there. Reaching the group, he glanced at Brooke as he approached, measuring her reaction to the found license. The close proximity to her sent a wave of pleasure over him, faint drifts of fragrance wafting from her body reaching his senses. Brooke seemed so happy to get that license back. It was enough to help him temporarily forget the past few minutes. “Mind if I walk with you gals?” Rand ventured.

Brooke felt so relieved that Rand had found her license. The headache she would surely avoid was a huge help as she looked over at Rand. That really was a sweet thing he did for her. She considered him for a minute thinking, “I really ought to be nice to him for running back for me.” She smiled and thanked Rand. A grin erupted on his face causing Brooke to hesitate in her praise of him. She began to question Rand about himself in an attempt to be friendly when the tour guide’s radio interrupted the jungle sounds.

Not paying much attention to their guide’s crackling radio, Brooke asked Rand what was taking her brother so long to get back to the group. Heat rose to his face as he turned to her and sputtered, “Your brother?!”

“Yeah, my brother that ran after you for the license. He bugs me so much sometimes with how protective he is, but it’s nice to have someone look after me too.”

Rand stumbled backwards, his breath coming in short bursts like the panting of a dog. Brooke instinctively tried to grab him. Both of them looked over at the guide who was trying to get everyone’s attention by waving them over to him. He motioned for the group to congregate and after doing so announced that the tour had been suspended because the authorities received a distress call from the phone of a hiker that had fallen. Help had not arrived in time. The body found would need to be recovered and carried out. Chaos erupted in the group as the tour guide tried to gain control.

Rand’s world came crashing down around him. The acrid taste of bile rose in his throat as the events of the past few minutes crashed about his head. He took a fleeting glance at Brooke’s face and saw disdain and suspicion. She stood behind Sierra slightly trembling, and clinging to her arm. His own face reflected the responsibility of a mind riddled with the remorse of the guilty.  Despair folded its way through him; he’d made the wrong choice.